We've discussed the work of Aardman Animations a few times in our Year in Shorts, but so far everything we've covered has been a Wallace and Gromit short. And that makes a fair bit of sense; Wallace and Gromit are their flagship characters, and arguably the most successful animated duo since Tom and Jerry. But Aardman's output expands far beyond everyone's favorite cheese-loving inventor and his dog, and quite a few of their other films have been nominated for Oscars. The 1992 short Adam, directed by Aardman co-founder Peter Lord, is one such film. 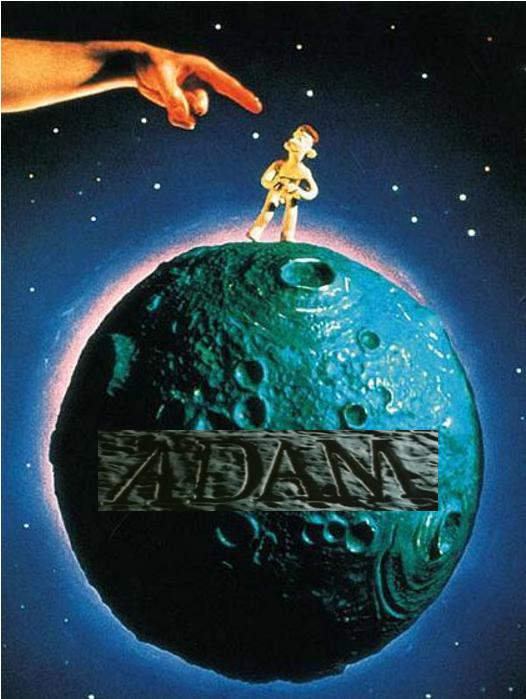 Yesterday we discussed The Man Who Planted Trees, a short which I compared to a religious experience. Well today's short is more explicitly religious. Or sacrilegious, I suppose may be the better term. Either way, Adam is a short parodying the Genesis story, with the Biblical Adam alone on the planet Earth, hoping God (represented here by a real human hand) will create a companion for him. If you're the type of person who gets offended by any humorous depictions of religious stories, you probably won't like this. But honestly, this short is really far too silly and good-natured to imagine it being insulting to anyone.

While Adam is neither as funny nor ambitious as Aardman's Wallace and Gromit shorts, it nevertheless serves as a good showcase for why they are the premiere name in the field of stop-motion animation. (Although Laika may give them a run for their money, I suppose.) Adam displays all the usual charm and technical prowess one expects from an Aardman film, and film is filled with a great number of funny sight gags all taking advantage of the tiny planet or the literal Hand of God. This short may be a bit of a lark, but it's well done and a lot of fun to watch. Sometimes that's really all you need.