A Year in Shorts Day 171: "George and Rosemary"

While for most holidays I like to try and coordinate it so that we cover a short that’s somehow related to the day, I can’t always be expected to do that. So for those of you expecting a 4/20-related short today, I’m sorry to disappoint you. David Fine and Alison Snowden’s George and Rosemary has absolutely nothing to do with marijuana. And unlike plenty of shorts I could talk about (ie, pretty much everything released in the 60s), I’m not sure that this is one of those films where the experience is enhanced by drugs. Or maybe it is, I certainly don't know. Whatever the case may be, let’s take a sober look at the 1987 film, George and Rosemary. 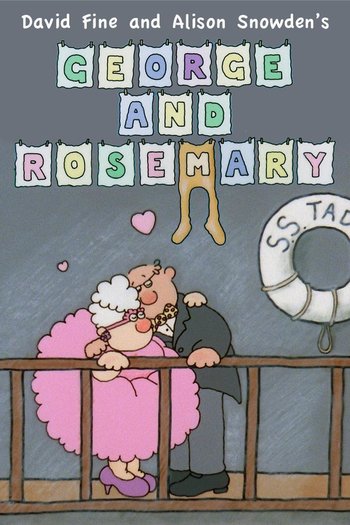 A lot of that charm comes from the animation. Snowden and Fine have a very simplistic style that manages to be incredibly cute no matter how weird their subject matter gets. I know I often like to compare animated shorts to picture books, but I only do it as much as I do because they so often are! Between their unique character designs and effective use of bright colors, Snowden and Fine's films really do often feel like picture books come to life! Admittedly, George and Rosemary would be kind of a weird book to read to your kids, but I'm not judging.

Adding to that picture book quality is the narration by Cec Linder, which manages to fall just on the right side of monotone to be entertaining. If he were more energetic, it wouldn't fit the story, which is fairly low key. But he still has just enough pep in his voice to be engaging and sardonically funny when necessary. That, combined with the short's gently quirky sense of humor, makes for a fun ride. 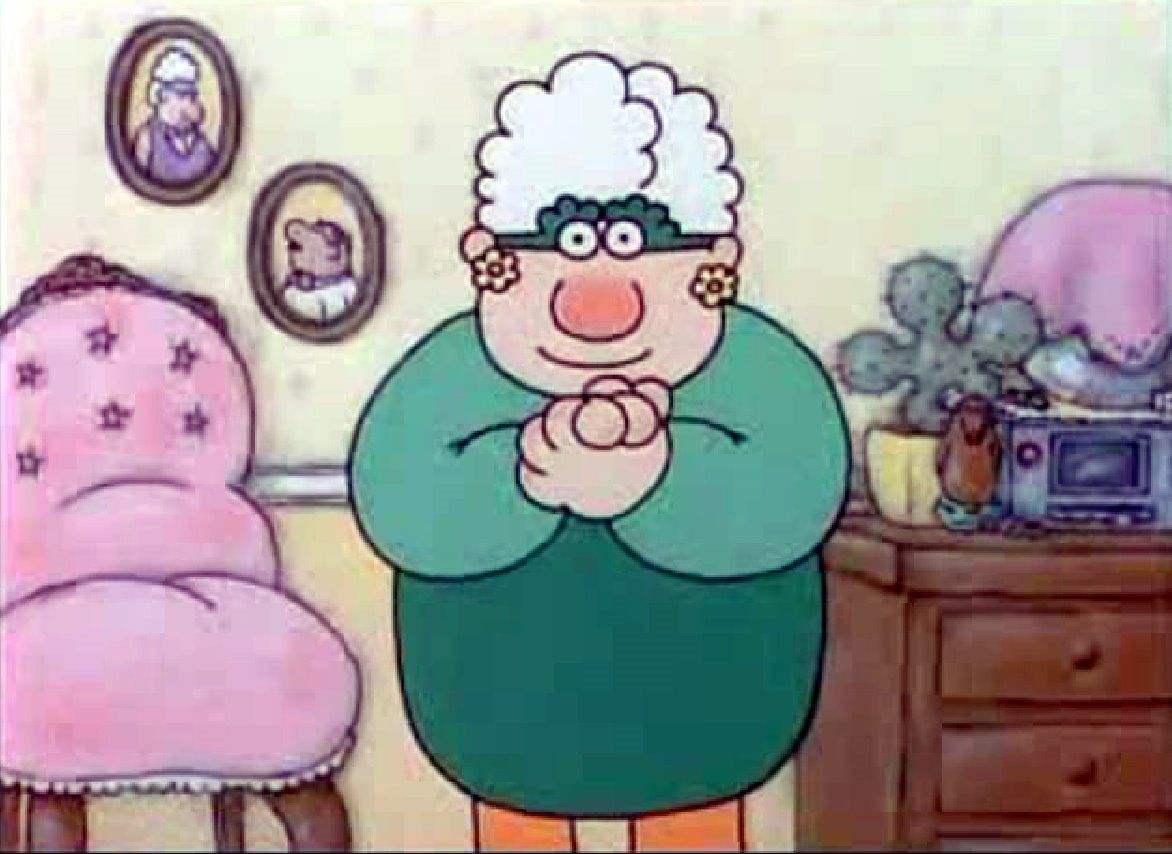 George and Rosemary is not a perfect short. Heck, it's far from the best short Fine and Snowden ever did. The story is pretty simplistic, the jokes are never laugh-out-loud funny, and it is admittedly the most pro-stalking film since Frank Kubelik found CC Baxter's knowledge of her appendectomy inexplicably charming in The Apartment. (Absolutely brilliant film mind you, but that scene is a bit of an oddball.) But not every film is going to be a masterpiece, and there's still a lot to be celebrated about a film which manages to reach the level of good. And George and Rosemary is a good film.