As we’ve seen multiple times in our Year in Shorts, the 1960s were a time of great experimentation for film. And while many of those oddities were animated, just as many of them were filmed in live action. Nowadays, most of the Oscar-nominated live action shorts are pretty narrative driven, either telling quirky romances or intense dramas in their allotted time. But in the 1960s, sometimes it was just enough to have a strange sense of humor and a willingness to see what you could do with it. The 1965 short Help! My Snowman’s Burning Down is one such film. 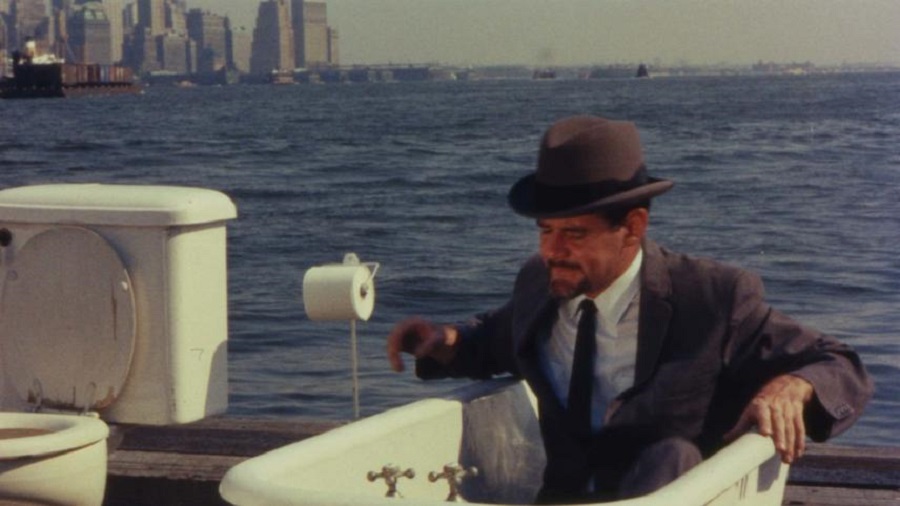 The short that most obviously comes to mind when watching this one is Jim Henson's Time Piece. And while Help! My Snowman's Burning Down isn't quite as good as that film, it's a rollicking good time regardless. The gags are increasingly bizarre and well-executed, always making you wonder exactly where the short is going to go next. And while none of these gags are particularly great (and certainly wouldn't really seem all that special in an animated short), watching how they pull it off in live action is undeniably impressive. All of this is tied together with a fun score that gives the whole short a breezy feel, and there's even a nice interlude to remind you that the 1960s were the most bafflingly horny decade on the planet.

Help! My Snowman's Burning Down is one of the more obscure shorts we've covered, and I imagine it would be even more so if it hadn't been for its Oscar nomination. So let us be grateful to the Academy for ensuring that curious Oscar Baiters are going to seek this one out! Those that do will find a truly weird, unique and entertaining short. Can't ask for much more than that!