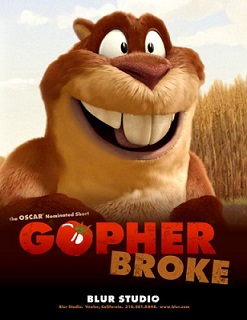 We've discussed this before, but the way the Academy determines who gets nominated for short films has an interesting history. For years the shorts Oscars went to the films' producers or studios, not their directors- that's a large part of the reason Walt Disney won so many Oscars. That changed over time (no doubt thanks in part to the rise of independent animation studios), and now the awards recognize the people they consider the primary creative forces behind the films. So while Tim Miller was nominated for Gopher Broke, he didn't direct it; that honor belongs to his co-nominee Jeff Fowler.

But what does any of this have to do with the short itself? Absolutely nothing. I really only bring all this up because otherwise there's really not a hell of a whole lot to talk about with this one. The premise is pretty simple- a gopher wants some food and goes to comical lengths to steal it, digging a pothole in the road to a farmer's market. Hungry animals are a dime a dozen in animation, and at this point you've got to do something special to stand out from the pack. Unfortunately, Gopher Broke doesn't do much special.

It's not a horrible short. It's perfectly cute and pleasant, the music is bouncy and the animation is... well, not great, but as far as cheap CGI goes, it's not bad. But it's not a particularly good short either. The one joke is stretched pretty thin, and the short is never worth more than a mild chuckle. We've covered far worse films in our Year in Shorts, but few have been this unremarkable. Maybe that's a little mean, but I think the filmmakers can take it. Jeff Fowler has gone on to direct Sonic the Hedgehog (proving that Tim Miller is a damn good friend), and is set to make an animated Pink Panther film. I can't imagine that will be very good, but I'd be willing to be proven wrong! 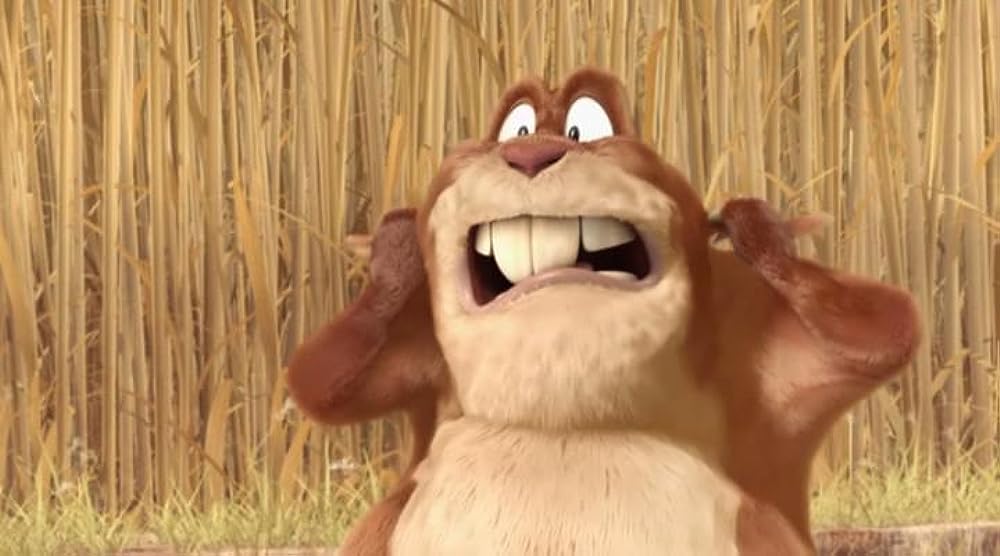 Either way, Gopher Broke is a film I'd only recommend to Oscar completionists like myself or people who just want to watch cute animals get up to some low key shenanigans for a couple minutes. And hey, more power to you if that's your bag. But there are some shorts more worth your time out there, and some were nominated that year! From Bill Plympton's delightfully silly Guard Dog to the darkly funny and visually striking Lorenzo, 2004 was a good year for cute animal hijinks. And if you're up for something a little more unique, there's always that year's winner in the category, Chris Landreth's Ryan. There are no cute animals in that one, but it's still well worth a watch!