A Year in Shorts Day 117: "Musical Moments from Chopin"

Classical music and cartoons go together like peanut butter and hot dogs- it sounds wrong at a glance, but in practice it’s amazing. (And before any of you judge me for what I put on a hot dog, I want you to think long and hard about what people put in them). Whether it’s the absurd shenanigans of the Merrie Melodies or the more haunting and contemplative segments in Fantasia, the relationship between great music and animation has long been a fruitful one. But of course, the quality of each individual partnership depends heavily on the quality of the animation. After all, for every delightful Silly Symphony out there you have a Happy Harmony sullying the good name of cartoons. And Musical Moments from Chopin belongs more in the latter category than the former. 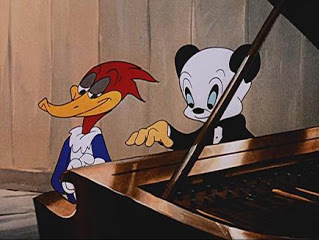 We haven't discussed the animation of Universal Studios very much in our Year in Shorts, which leads me to believe that I may have given you a somewhat skewed version of film history. Just by reading my blog, you might think animation in the Golden Age of Hollywood was dominated by Disney, with Warner Bros. putting up an admirable struggle to stay in second, while MGM stayed in the game with one iconic series and Universal just sort of threw everything at the wall to see what sticks. Obviously that wasn't true then and it's certainly not true now! Anyway, here's the stupid cartoon.

While they might not be as iconic or Mickey Mouse, Bugs Bunny or Tom and Jerry, Universal did have some popular characters with Andy Panda and Woody Woodpecker. Musical Moments from Chopin (which was released in 1946 and directed by Dick Lundy) featured them both, which must have been pretty exciting. Not like, Avengers-level exciting, but maybe on par with the time Frasier appeared on Wings. Technically this short is an Andy Panda short featuring Woody Woodpecker, which tells me there was a time when Andy Panda was the more beloved of the two. That seems crazy to me now; did Andy Panda appear in a live action/CGI family comedy starring Galavant's Timothy Omundson? I don't think so! 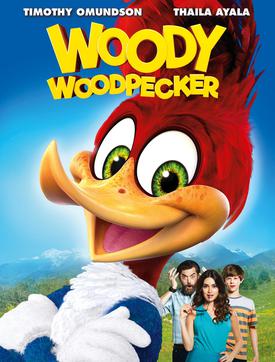 Did you know this exists?

Aside from the exciting crossover potential, Musical Moments from Chopin doesn't really have anything special going on for it. The dueling pianos premise has promise (as anyone who has seen Who Framed Roger Rabbit can attest to), but the short does almost nothing with it. Most of the piano playing is played pretty straight, with most of the gags being cutaways to what the audience is doing. That's pretty lame if you ask me, and none of the jokes are funny enough to make up for it. The short just sort of plods along for seven minutes, with no real momentum or energy. And that's really surprising, because energy is pretty much all that Woody Woodpecker has going for him.

And really, what does using Chopin's music add to this short? Aside from giving the duo something to play, not much. And if Chopin's music doesn't really add anything to the cartoon, the cartoon certainly doesn't add anything to his music. You can't just throw classical music into a cartoon and expect it to work; the two must work in balance, bringing out the best in each other, with animation bringing to life vivid images which the music perfectly accentuates. This music does none of that. Chopin must be spinning in his grave! 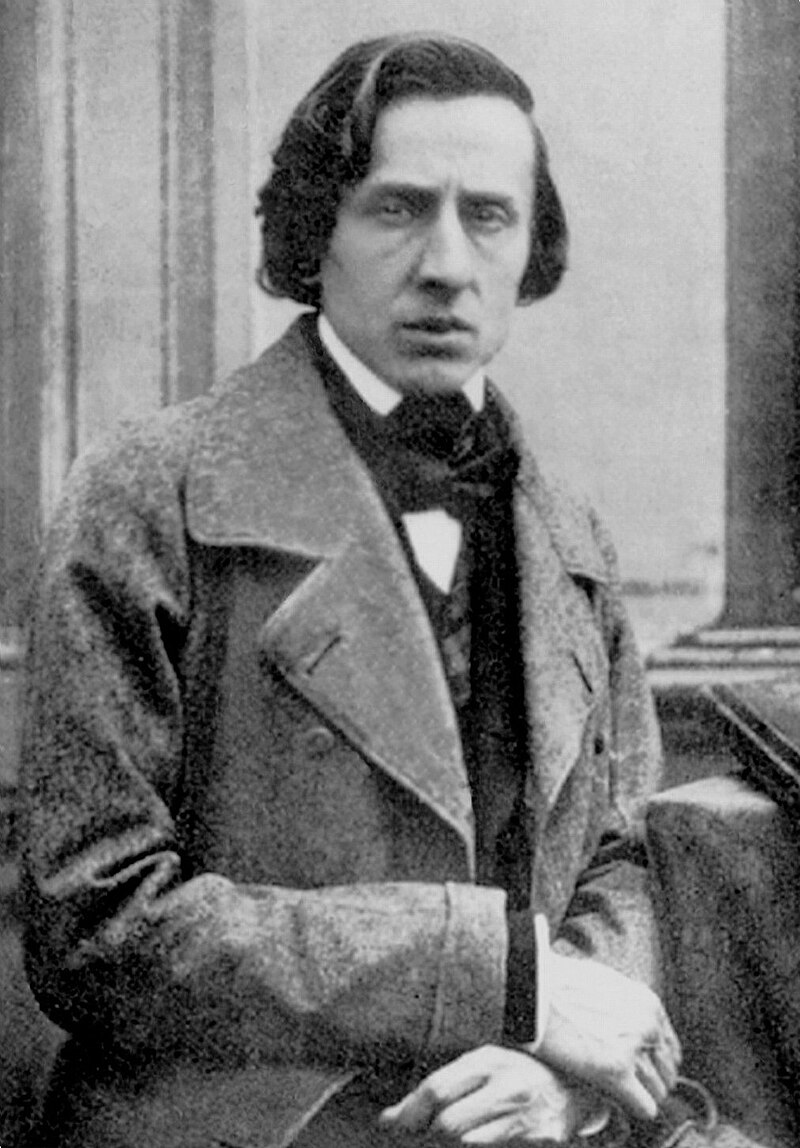 "I assure you- I could not give less of a shit."

On the scale of iconic cartoon characters, Woody Woodpecker and Andy Panda fall pretty low on the list. Hell, I didn't even know Andy Panda existed until a couple of years ago. And if this short is any indication, it's not hard to see why they've faded into relative obscurity. It's not funny, the animation is average at best, and overall it just screams of wasted potential. And I'm not talking out of my ass on this one- if you want to see an animated short with classical piano music done right, just check out the film that beat this one at the Oscars that year...