Welcome one and all to The Great Oscar Baiter, and welcome to our ONE HUNDREDTH INSTALLMENT in our Year in Shorts! As you can imagine this an exciting time for all of us, and what better way to bring everyone’s energy down than by also pointing out it’s Valentine’s Day next week? Yes, we’ll be spending the next seven days looking at various shorts that are all one form of romance or another, starting with the Oscar-winning 2010 short, God of Love. 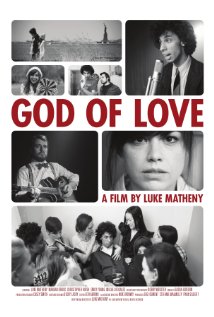 Strangely, I can remember pretty vividly when God of Love won Best Live Action short at the 83rd Academy Awards. Growing up I didn't pay much attention to the short categories, aside from whenever a Pixar short I'd seen was nominated. But for whatever reason, the clips they showed from God of Love really caught my eye. I knew I wanted to see it, and (eventually!) I did. Did it live up to my expectations? Well, more or less.

God of Love (written and directed by Luke Matheny, who also stars) is an odd duck of a film. Matheny stars as Raymond Goodfellow, a successful lounge singer/dart thrower (only in New York!) who has a bit of a problem. You see, Raymond is hopelessly in love with his fellow bandmate Kelly (Marian Brock, who is excellent here), and prays for some divine intervention so he can try and woo her. Intervention comes in the form of a mysterious box of magic darts which, when thrown, will make the target fall in love with the first person they see for the next six hours. If it's meant to be, they'll stay in love forever.

This is, admittedly, a somewhat creepy premise for a film, and I think it's to the movie's credit that it largely avoids the more sinister implications inherent in the plot while still managing to deconstruct the sense of entitlement that stories like this are built on. That's a tricky balancing act to pull off, and I think Matheny pulls it off very well. A large part of that comes down to his performance, which manages to take a character who, strictly speaking, is very unlikable and imbue him with just enough charm to make him fun to watch regardless. Ryan Gosling pulled a similar trick in La La Land, and that got him an Oscar nomination! Matheny's been working pretty steadily on TV for the past couple of years, both in front of and behind the camera, but I think he's got the makings of a great character actor, and Hollywood should take notice! 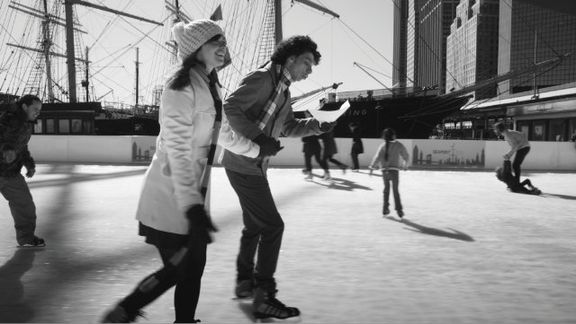 It certainly doesn't hurt that the short is nice to look at, of course. I'm a sucker for black-and-white films (I think Roger Ebert was right in that they look more dreamlike than color), and more contemporary films should take notice. Bobby Webster's cinematography in general is very good, complementing the short's blocking in ways that a lot of movies these days simply don't bother with. All of this works in tandem with the sharp editing by Levi Abrino, which makes God of Love into a zippy little film that's very pleasant to watch.

Of course, all of that would go to waste if the script wasn't good, but that's thankfully not the case here, at least not to me. The dialogue is witty and impressed with itself in a way that some people find annoying but I can't help but being charmed by. Perhaps it reminds me too much of my own writing style to dislike it! Matheny and the rest of his cast deliver their lines in that perfectly understated way which helps sell the ridiculousness of the scenarios they find themselves in; Christopher Hirsh does an especially good job of this in the role of Ray's best friend Fozzie, with whom he has multiple absurd conversations. I guess it'd be fair to say that this movie has something of a "hipster" vibe (seeing as how its protagonist is a dart-throwing lounge singer), but it all just works in a way that I find impossible not to be charmed by. 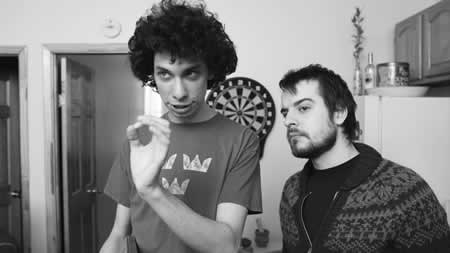 (via Cinema Without Borders)

God of Love certainly won't be to everyone's tastes. And honestly, that's perfectly fine! There's an audience for films like these, and I feel fortunate that I get to be part of it. And if you're a sucker for movies that feature lounge singers, deconstruct age old storytelling conventions and throw a couple of not-so-subtle nods to the works of William Shakespeare, you might be a part of this film's audience too. And, on the off chance that you still find this short's premise too off-putting, well... at least it's better than what we'll be talking about tomorrow...

"God of Love" is available to watch on Amazon Prime