Shorts! The final frontier. These are the voyages of The Great Oscar Baiter. Its one-year mission: to explore strange old films. To seek out obscure cartoons and short documentaries. To boldly review what few critics have reviewed before! And today that means the 1976 documentary short, Universe.

Running at twenty-seven minutes long, Lester Novros' Universe is certainly one of the longer shorts we've covered so far. As you've no doubt guessed from the title, Universe is a documentary about space. And as you've probably surmised from my intro, it's narrated by William Shatner. It's a cute choice which adds to the documentary's entertainment value, with Shatner's trademark delivery style making for some pretty engaging narration. Granted, Leonard Nimoy probably would have been even better, as anyone who has played Civilization IV can attest to, but you can't have everything. 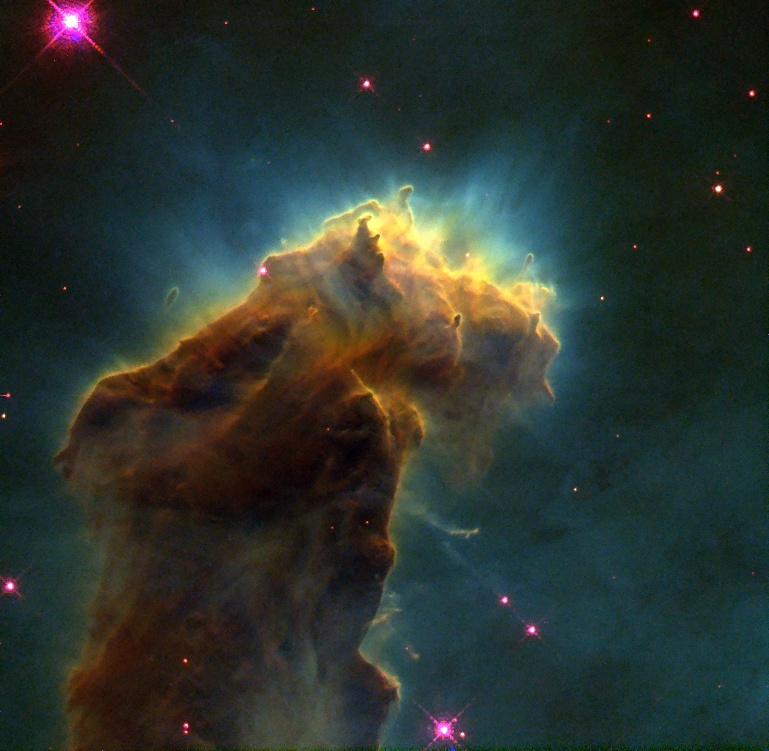 It is impossible to find images from this short online, so please enjoy this look at the Eagle Nebula

Entertainment is not really the priority for Universe, of course. It's definitely more focused on education, which is perfectly fine for a documentary. And as far as these types of documentaries go, it's pretty good! It's nice and informative with some very striking visuals, and that's really all you can ask from it. Admittedly, if you're weird like me in that you get strangely anxious thinking about the inevitable death of the universe, this documentary can certainly get a bit intense! But most normal people should be fine.

Honestly, Universe is kind of a weird short to talk about simply because there's not much you can say about it! It doesn't have particularly lofty goals, but it meets the goals it sets very well. It might not be something you particularly ever feel the need to watch, but if your science teacher put it on one particularly lazy school day, you could certainly do worse!

"Universe" is available to stream on Amazon Prime