As we conclude the second month of our Year in Shorts, it’s good to take a moment and look back on all that we’ve accomplished thus far. I like to think we’ve looked at a great variety of films. Yes, most of them have been animated, but as you well know, animation is not a genre but a medium, capable of telling all manner of unique and interesting stories. We’ve seen slapstick comedies, thrilling adventures, surreal dramas and heartwarming romances, all through the power of imagination. But I don’t think we’ve covered a short quite so effectively depressing as today’s film, Louise Bagnall’s Late Afternoon. 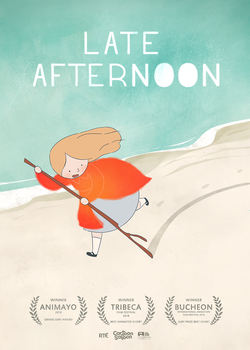 Released in 2017 by Irish animation studio Cartoon Saloon, who have made quite a name for themselves over the past decade, Late Afternoon tells the story of Emily (Fionnula Flanagan), an elderly woman suffering from dementia as she tries to reflect on her life. Memory loss is a popular subject in animation, which seems uniquely suited to express the experience of it better than live action. This is best exemplified by Don Hertzfeldt's masterful film, It's Such a Beautiful Day. And if Late Afternoon doesn't quite reach the high bar set by that movie, it comes pretty darn close.

Judging purely on animation, Late Afternoon is easily one of the most beautiful films we've covered here so far. The seemingly simplistic line work helps put the audience into Emily's headspace, while also allowing for a great deal of fluid motion and artful transitions. Similarly effective are the character designs, which prove to be capable of a great deal of expression with very little need for detail. The use of color, specifically designed to emulate watercolor paintings, is similarly striking, and often leads to some truly stunning compositions. All of this is aided along by a beautiful score by Irish musician Colm Mac Con Iomaire, which really helps drive the emotion of the story forward.

Late Afternoon was nominated for Best Animated Short at the 91st Academy Awards, where it had the bad luck of competing against Pixar's Bao. And while at times it seems like Pixar and Disney shorts have an unfair advantage in this category, I do think Bao (easily Pixar's best short of the decade) was the rightful winner in this case. I'm not entirely sure why Late Afternoon, a 2017 release, had to compete against 2018 films (presumably something to do with what festivals it played at in the US), and it's a shame. Late Afternoon would have easily been the best short in competition at the 90th Academy Awards, and it might have won a well-deserved Oscar. Then again, it might have suffered a not-at-all deserved loss to Dear Basketball, so perhaps this was the better outcome in the end. 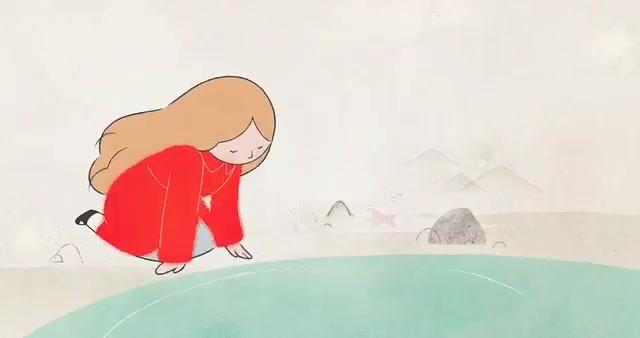 Whatever the case may be, Late Afternoon is a truly gorgeous short and well worth seeking out, especially if you're a fan of Cartoon Saloon's other work. Somehow the only films of theirs I've seen have been this and The Breadwinner, but I hope to change that very soon.